Here you will find news about our dogs and our kennel.

This weekend there were some great results for Trooper, Swagger and Mae.

Trooper-Brawura Tracking Roots, got the qualification SV this weekend. Congratulations!!

Swagger and Mae went to the “Winter Wonderland Show” in Herning Danmark.

Sunday he got 1 ex with CAC / CACIB this day he became BOB and Danish Winner 2022.

He went home with 3 new Titles, but not before being present in Ring of Honour, where he did a real

good job. Mae was in intermediate class and got 2 days 1 ex with CAC and RCACIB.

Again she did so well in ring this weekend.

We are over the moon with the results of our dogs this weekend.

Showweekend Dortmund Swagger was there with Jolanda. Mae was at home because last week she got

Swagger was two days in championclass.

The first day he got a1 excellent with the points, AnwVDH / CAC / CACIB and became BOS.

The second day there were 3 male dogs in championclass and no other bavarians.

Swagger got  a second place  excellent  and the RAnwVDH / RCAC en het RCACIB. The RAnwVDH

counts for a full point at this Bundessieger show, Swagger already has the points needed for the German

A show we have never been before, International Siegershow Rostock Germany.

space to walk with your dog. The outside rings were absolutely amazing so large on the otherhand we

have never seen a ring of honour so small.

The judge today was Lisbeth Mach from Switzerland.

Mae was in juniorclass, we went to Rostock to try get her last needed point for juniorchampion.

So now she finished her 3 points and became German Junior Champion (VDH).

This show was a Siegershow so she also got the Title: Juniorsieger Rostock 2022

With Mae we went to Ballerup this weekend for the Copenhagen Winnershow.

She was in juniorclass, and got 1 excellent, got the CAC JCAC JCACIB and JBOB and got the

Germany she gets the title INTERNATIONAL JUNIOR CHAMPION.

This is a new FCI International title excisting from the 1st of August.

We think maby Mae is the first Bavarian Mountainhound with this title!

We are ofcourse proud of this girl, it is always fun to bring her, and she always surprises

me that she even get better every time.

Succesful weekend ending with two new Titles for our Mae!

This weekend there were some great results for Trapper, Swagger and Mae.

- Trapper-Brawura Tracking Roots, got the qualification SV this weekend. Congratulations !!

- Swagger-Brawura Tracking Roots was at the International Dogshow in Rotterdam the Netherlands, he

The second day he got 1 excellent best male with CAC CACIB and BOS. He did a great job this weekend!

- Mandarin Mae also went with us to Rotterdam, she participated in Juniorclass.

The second day she once again did something amazing, she got her 1 excellent, best female,

JCAC CAC JCACIB BOB and in the finales she won BOG III.

With this results she now also finished her Dutch Junior Championship.

This weekend i went with Mae and a friend with some real nice Lancashire Heeler girls to Oldenburg.

Mae was in Juniorclass and did such a great job, first day the judge was realy judging the dogs inside out.

He checked everything very well an measured every dog, which i think is a good thing!

Also there was an aspirant judge for group VI, so after the judge was ready she judged them also.

Mae did amazing this day and again the second day when there also was a good but very strict judge.

She became two days best junior with all the points and also became BOS both days.

In ring of honour she rocked it and became Junior BOG VI,  (Junior best of FCI GROUP VI) so she

participated at Best in Show Juniors and did such a nice job. Can’t be more proud!

The Heeler’s also did a great job, one of them became 2 days BOB, and the other lovely girl became

runner up. Mae had a good time with these girls and liked being in there “pack” for the weekend.

with lots of people from the Netherlands.

We have posted some new pictures on the webite.

This weekend was the show in Vejen Danmark, a 3 day show with two International shows and 1 Nordic Dogshow.

We went there with Mandarin Mae, ofcourse she was in Juniorclass. At the first showday she became 13 months old.

First day was an International show, we had a very strict but real good judge Christine Rossier from Switzerland.

Mae was judged with 1 Excellent, and got all her points, the CK / CAC / J.CAC and was JBOB & BOB.

At the end of the day in the finals, she did what we never expected (this was her second dogshow) she was selected in

the group and got herself a place on the stage at number 4, BOG IIII. This ofcourse is amazing for such a young dog.

Second day the Nordic show, this day she could earn a point for the Nordic Champion Title.

Mae was doing even better the first day, and got a very nice judge report, we saw the judge using a paper with the

breed standards on it, so she was judged by the standerds. Mae again got 1 Excellent with the CK / CAC / JCAC

and this day also a Nordic CAC and again JBOB & BOB.

3th day again an International show, this time with Crufts Qualification. There was a Dutch judge today Mr. Coppens.

She did really well, even though she was tired from the 2 first days showing. It was a 1 Excellent again and the points

We finished this show with the Title Junior Champion Danmark.

We are very happy with this results and are proud of our girl Mae.

Tracking Roots kennel in Denmark.
We moved, from now we live together with our dogs in Denmark.
We are still busy with the move, but we are already enjoying it to the fullest.

The first day he became second best male and got his Reserve points, at the Europasieger show this

Reserve points are counting as a whole point for the Anwarschaft and the CAC, so he earned a whole

point for the German Championship Title.

The second day at the Frühjahrssieger show he got first place and became BOB, and also got the

Swagger went to the show in Lingen, Germany with Jolanda.

He did really well, and got a first place excellent, with the Anw.VDH, CAC, CACIB and became

Best of breed. This was his first show in Germany, we are happy he did so well.

Ravi (genoemd Herman) is geboren in 2018 en woont in België. 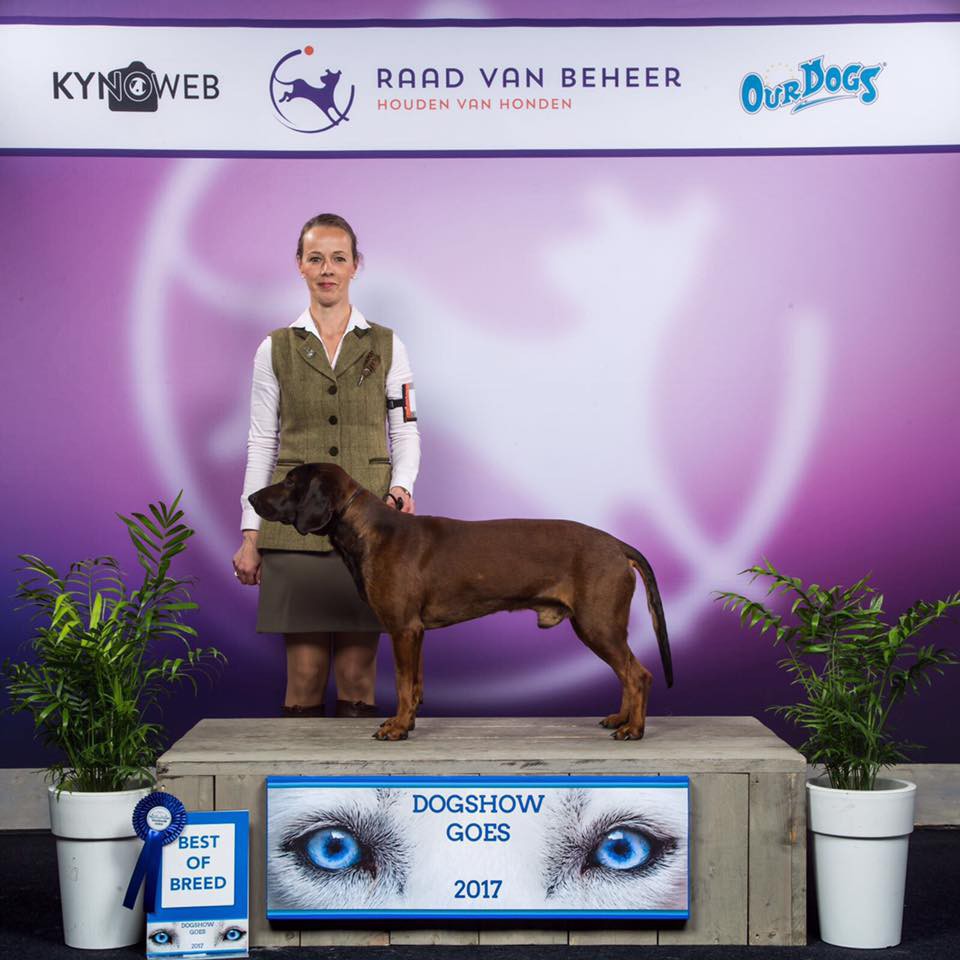 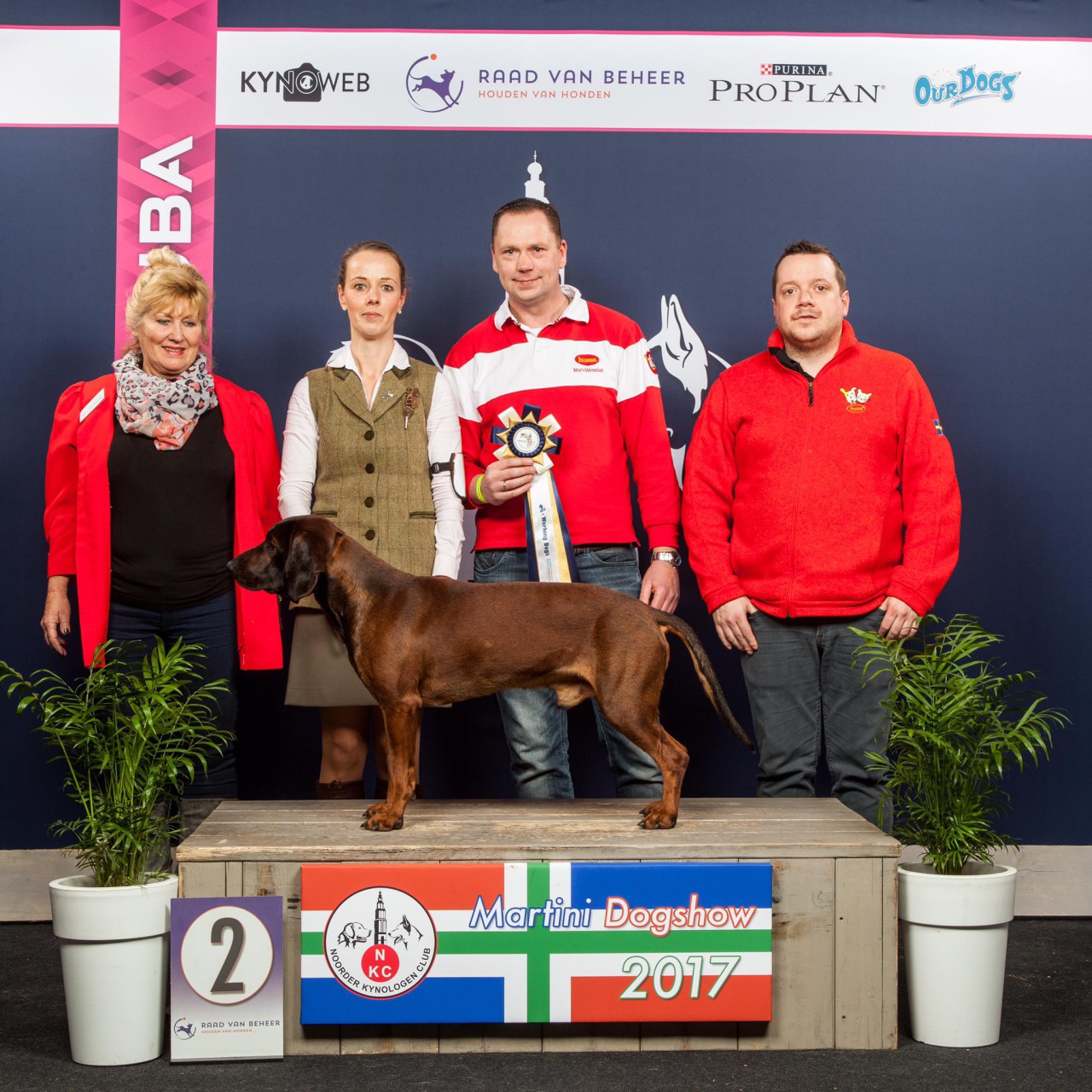 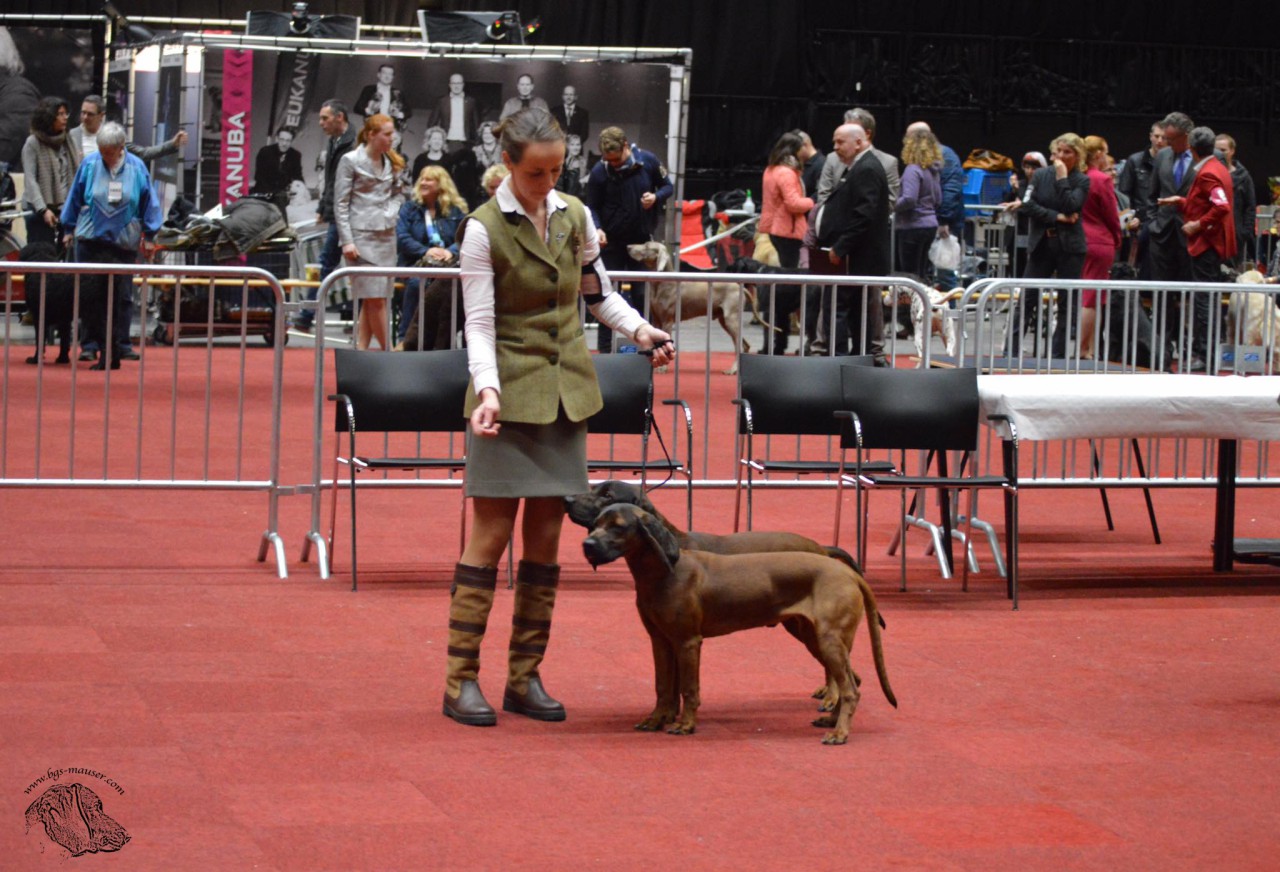 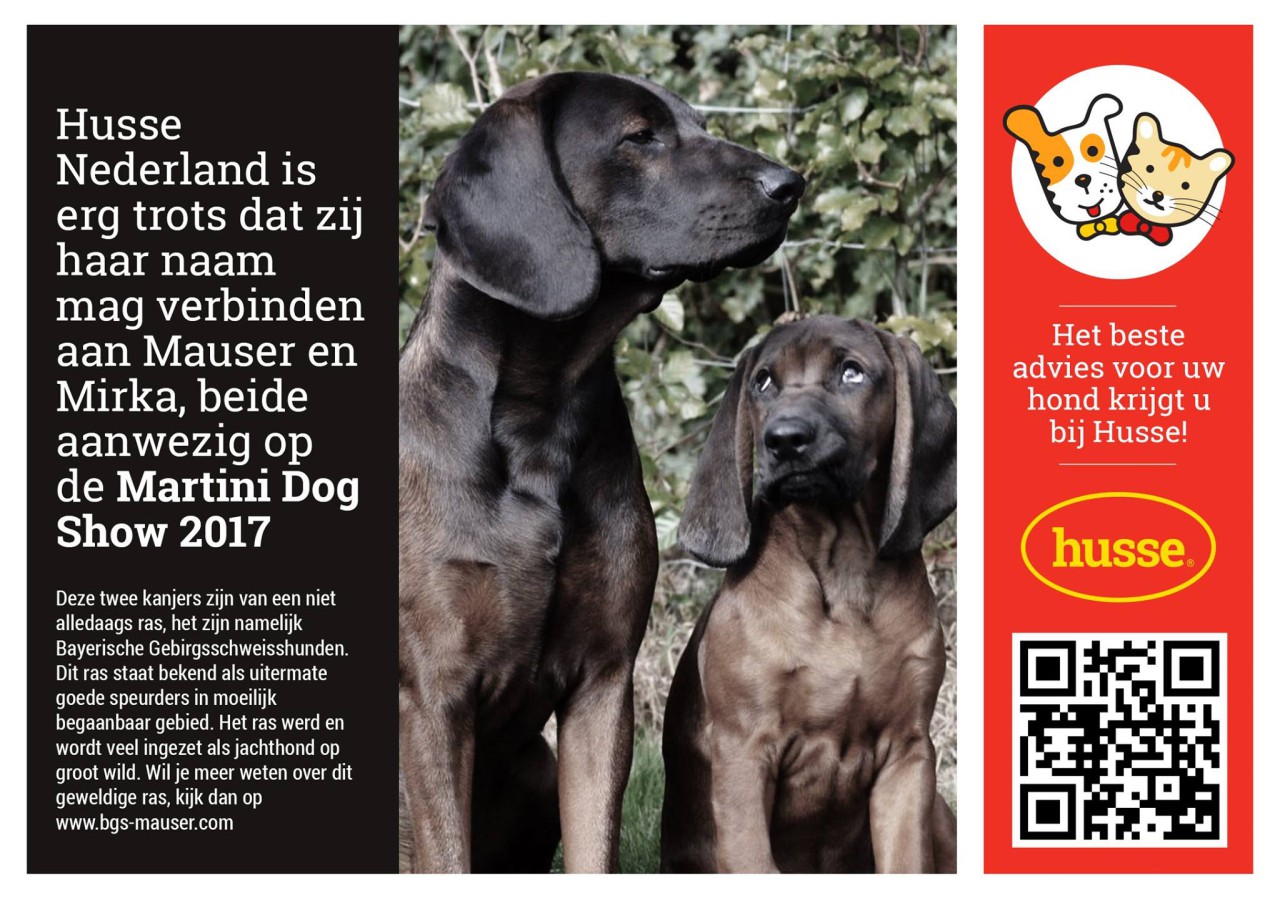 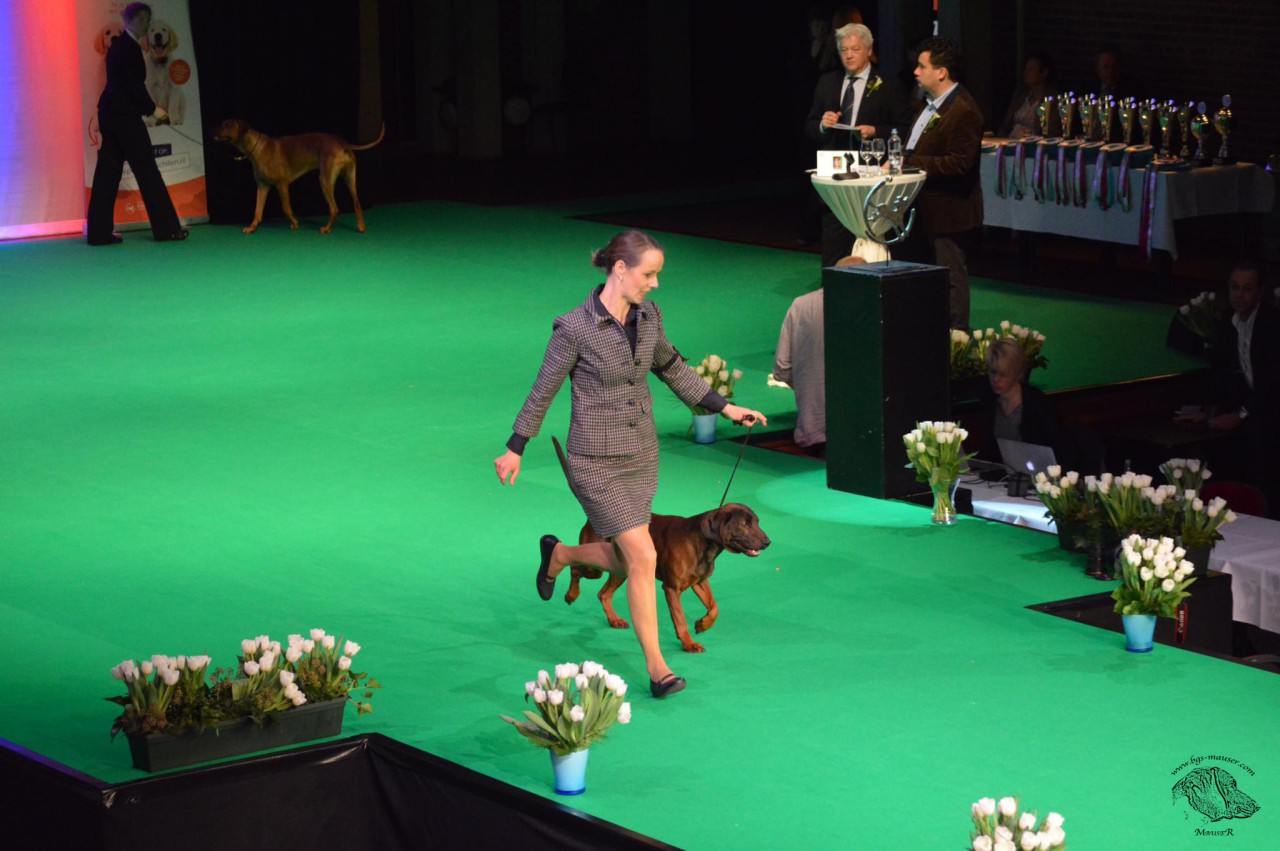 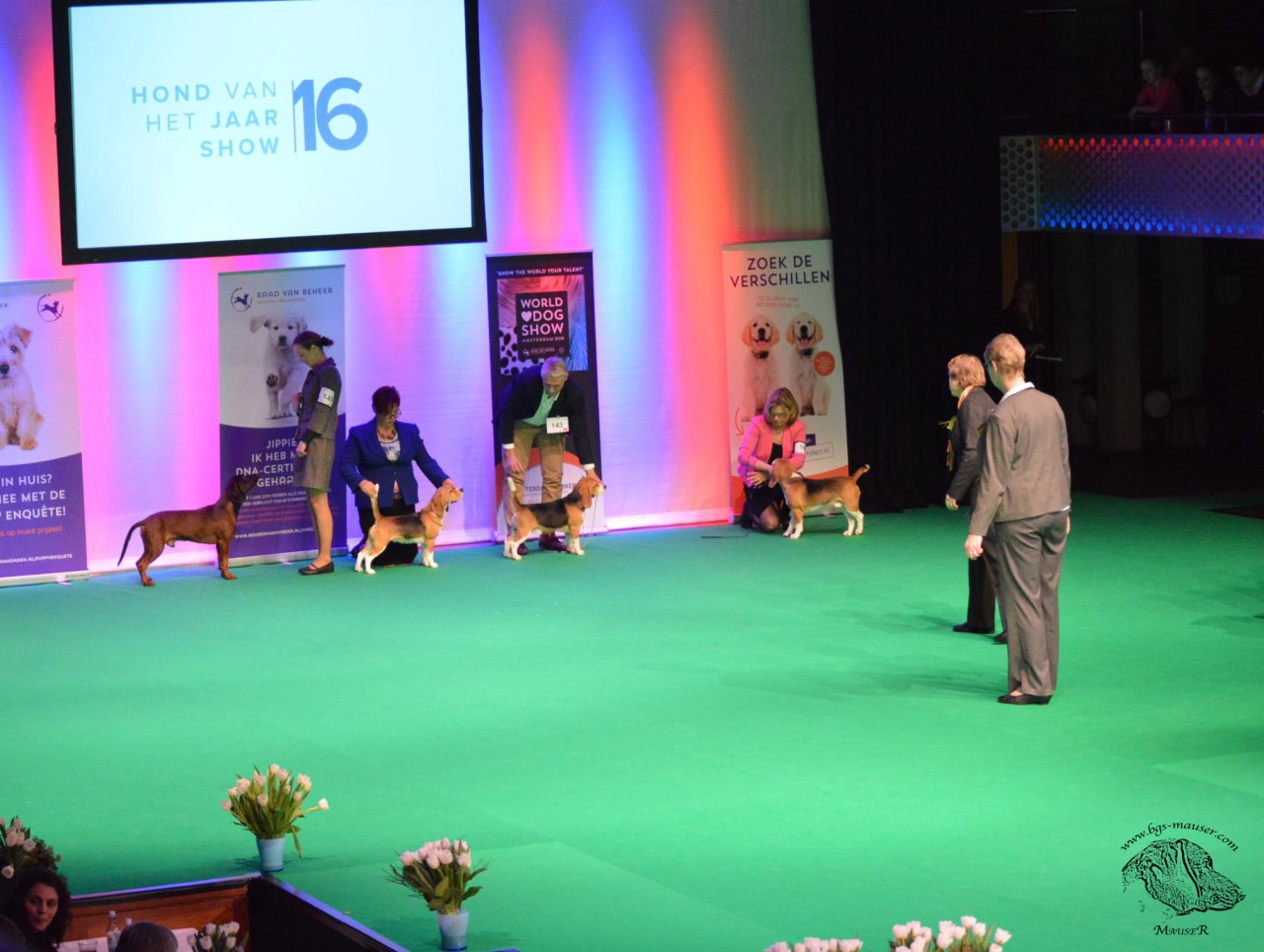 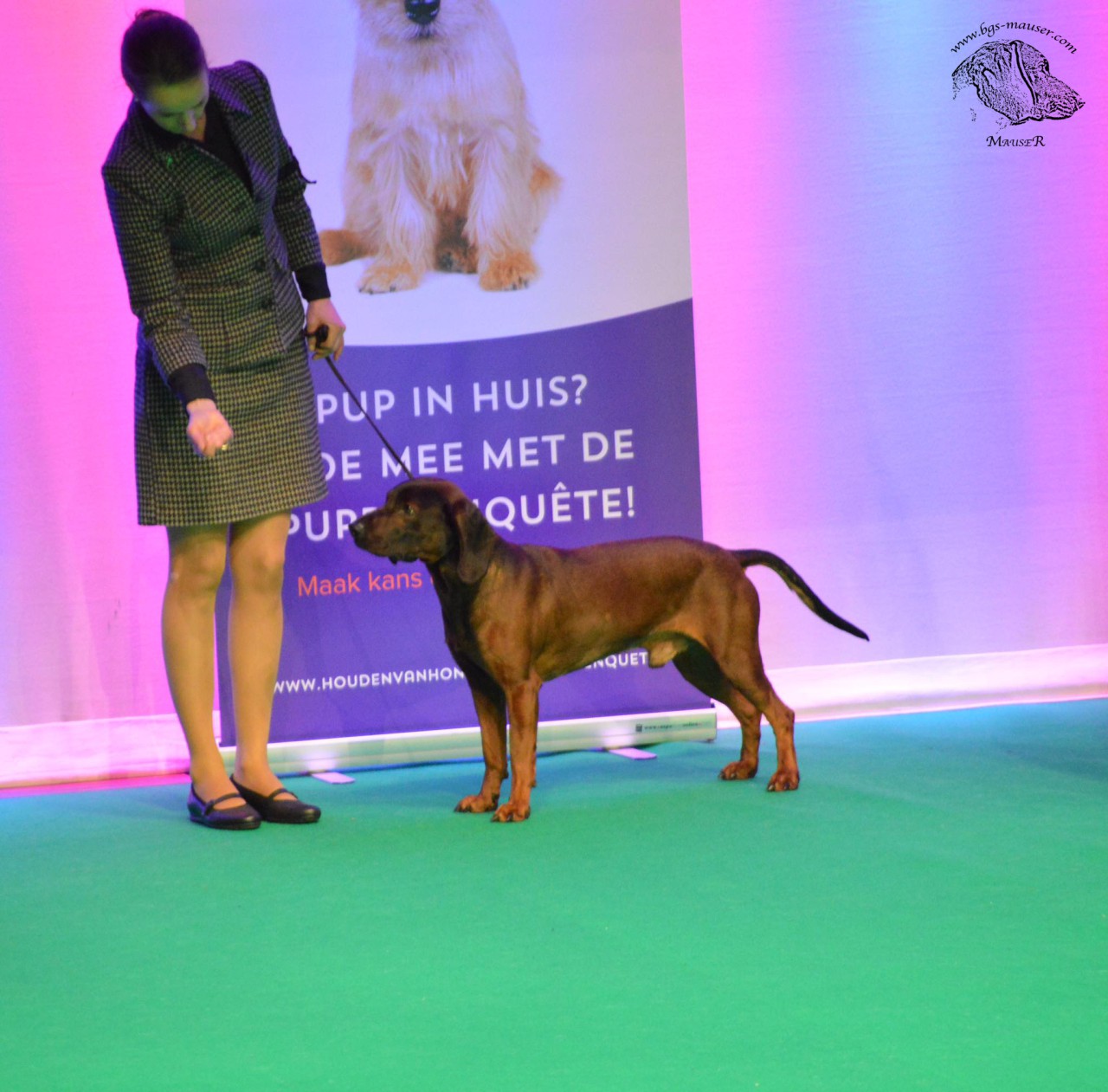 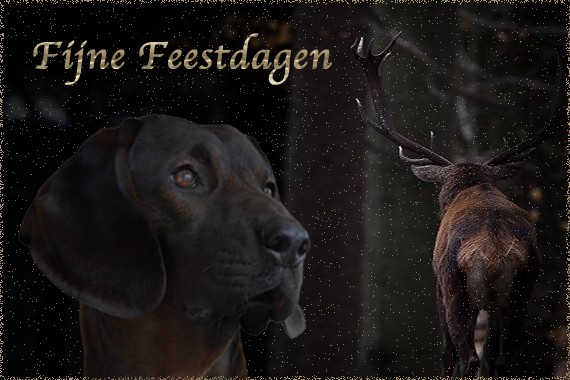 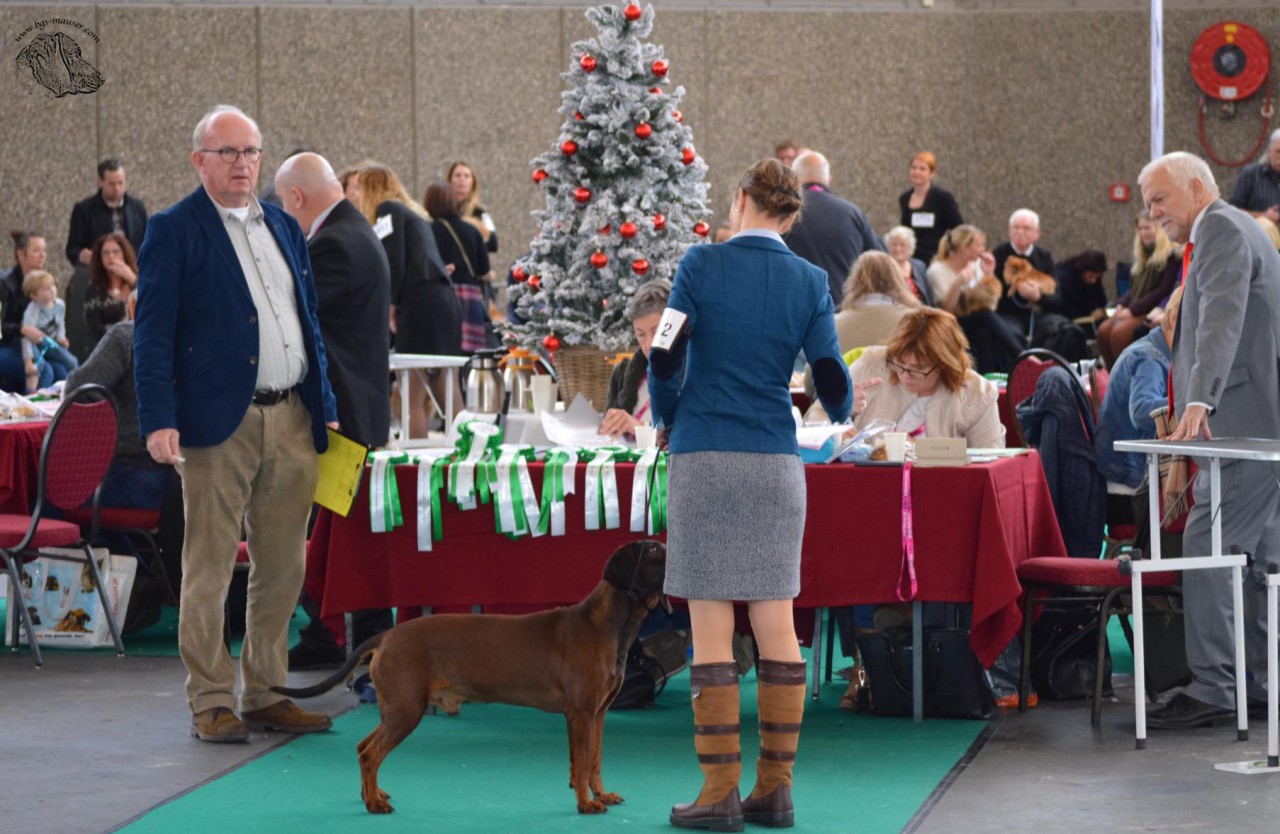 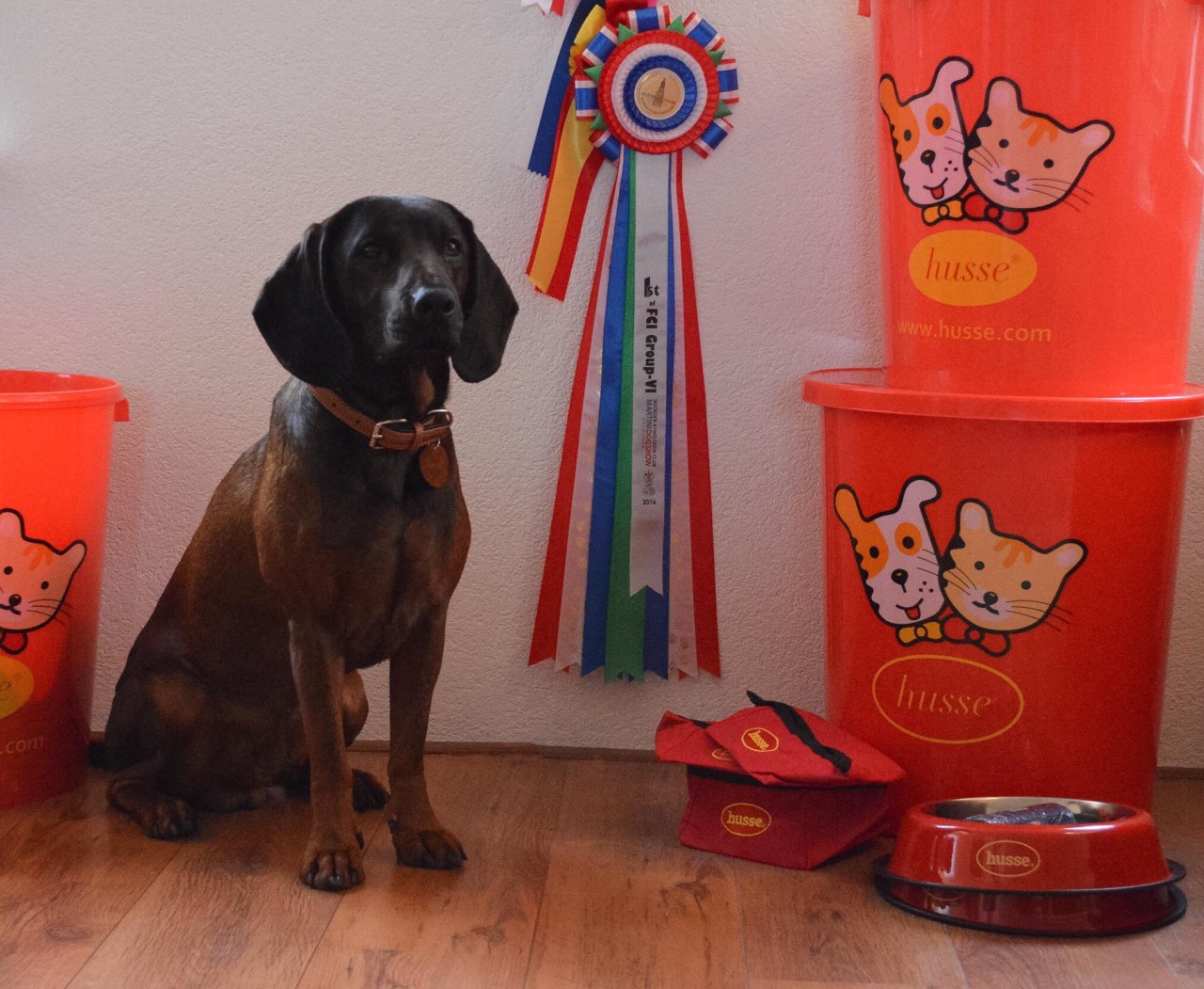 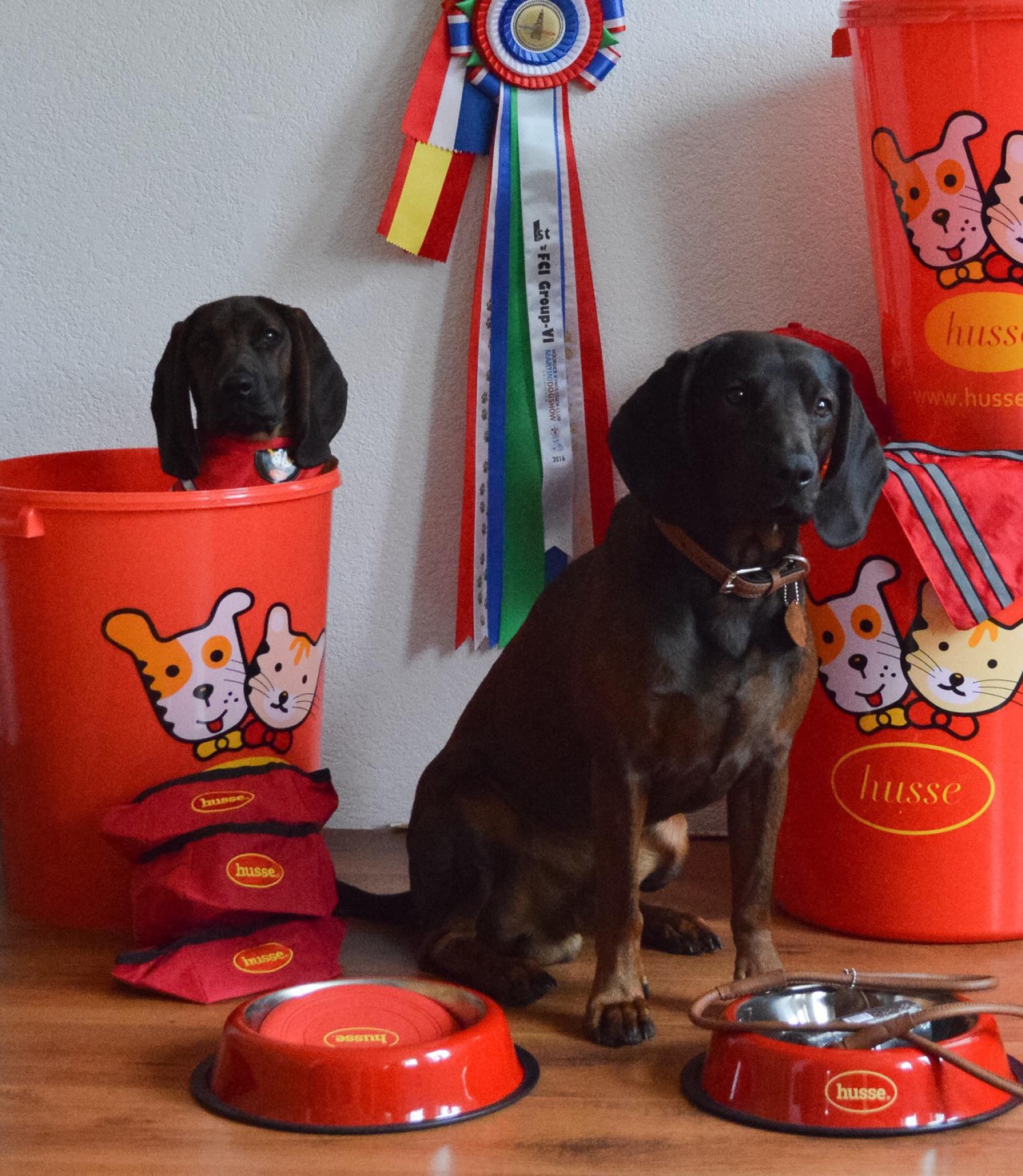 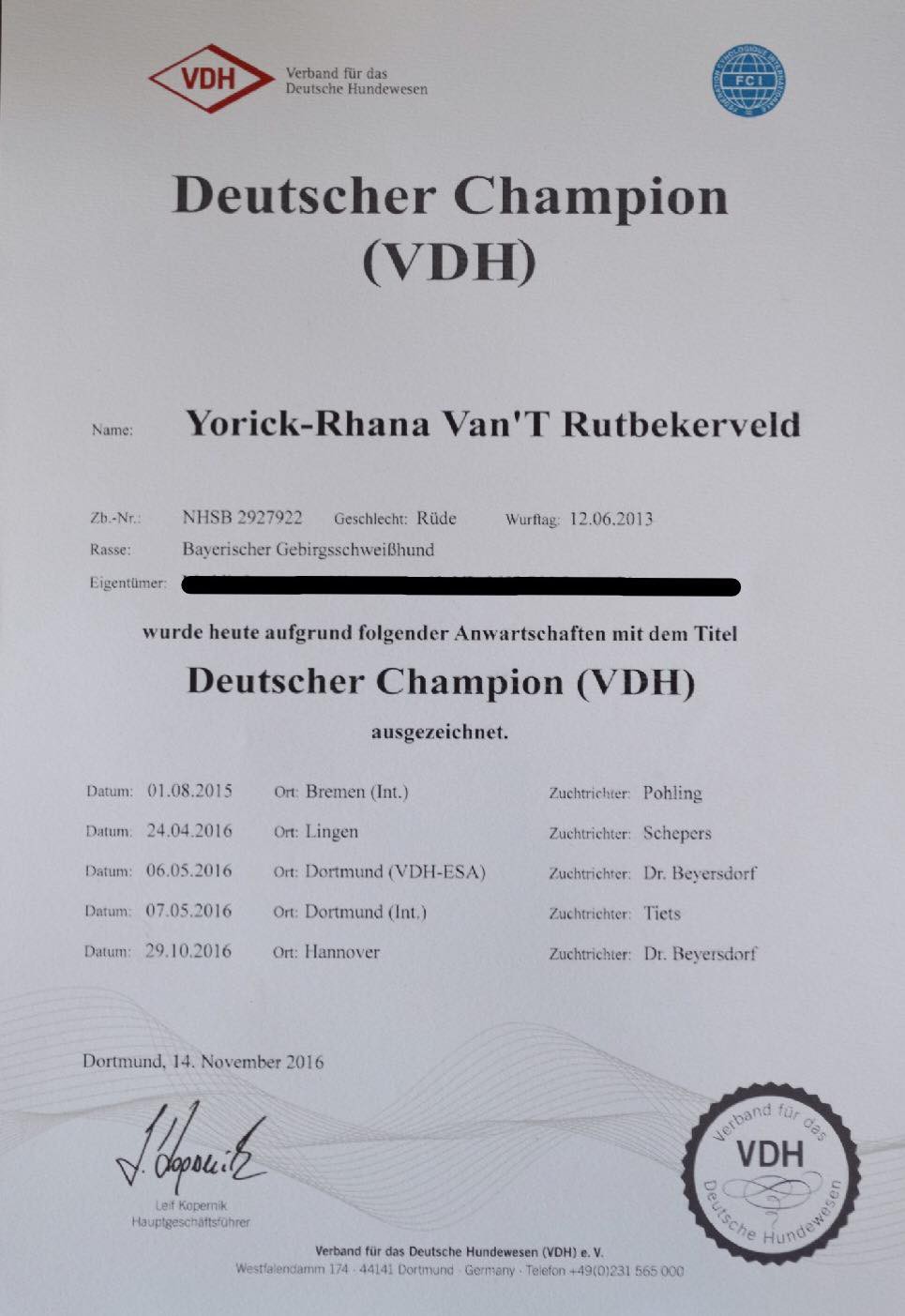 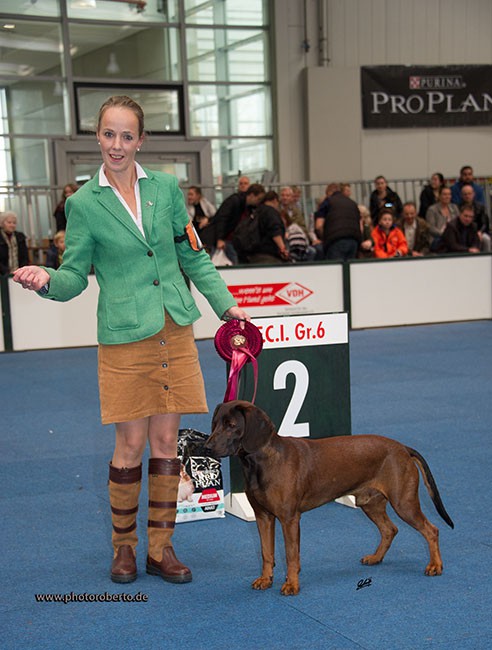 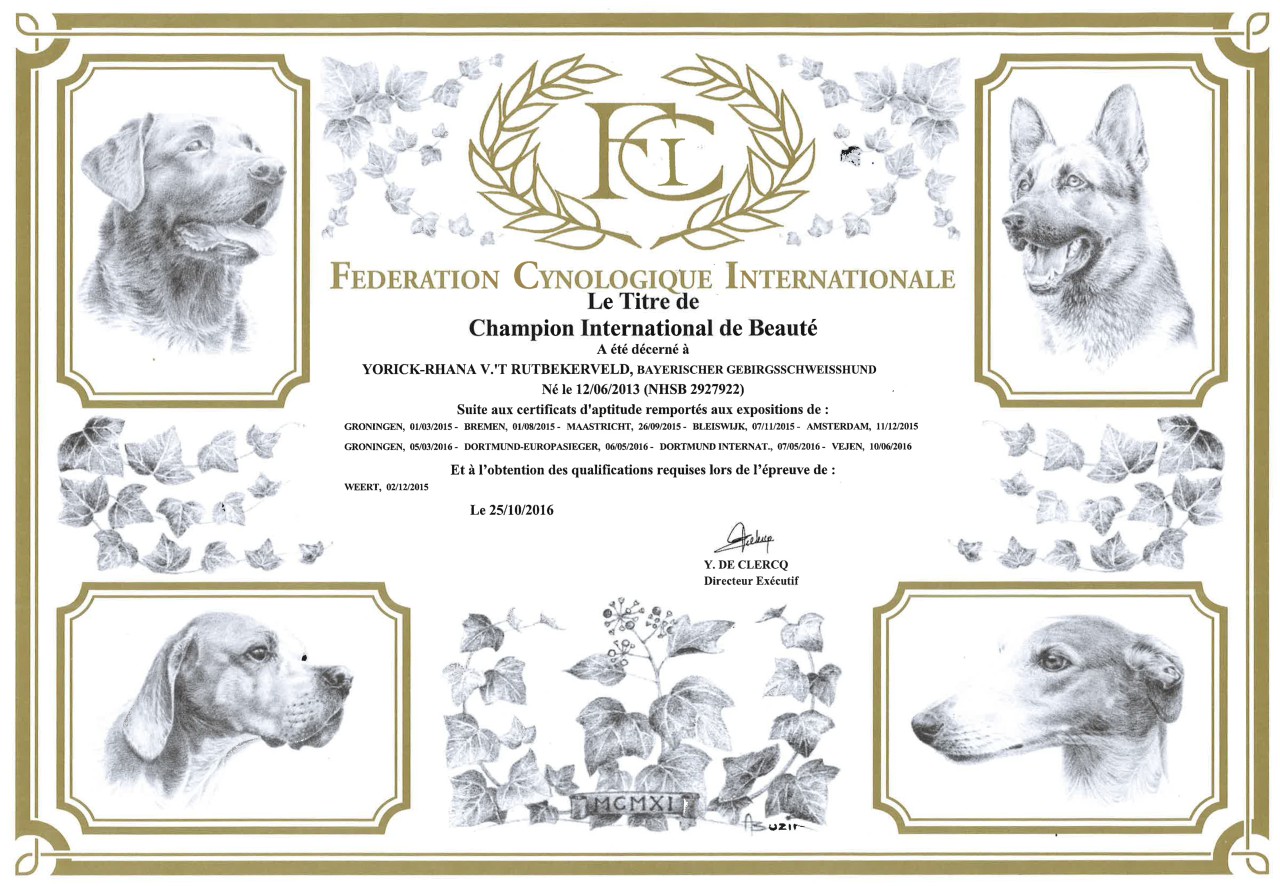 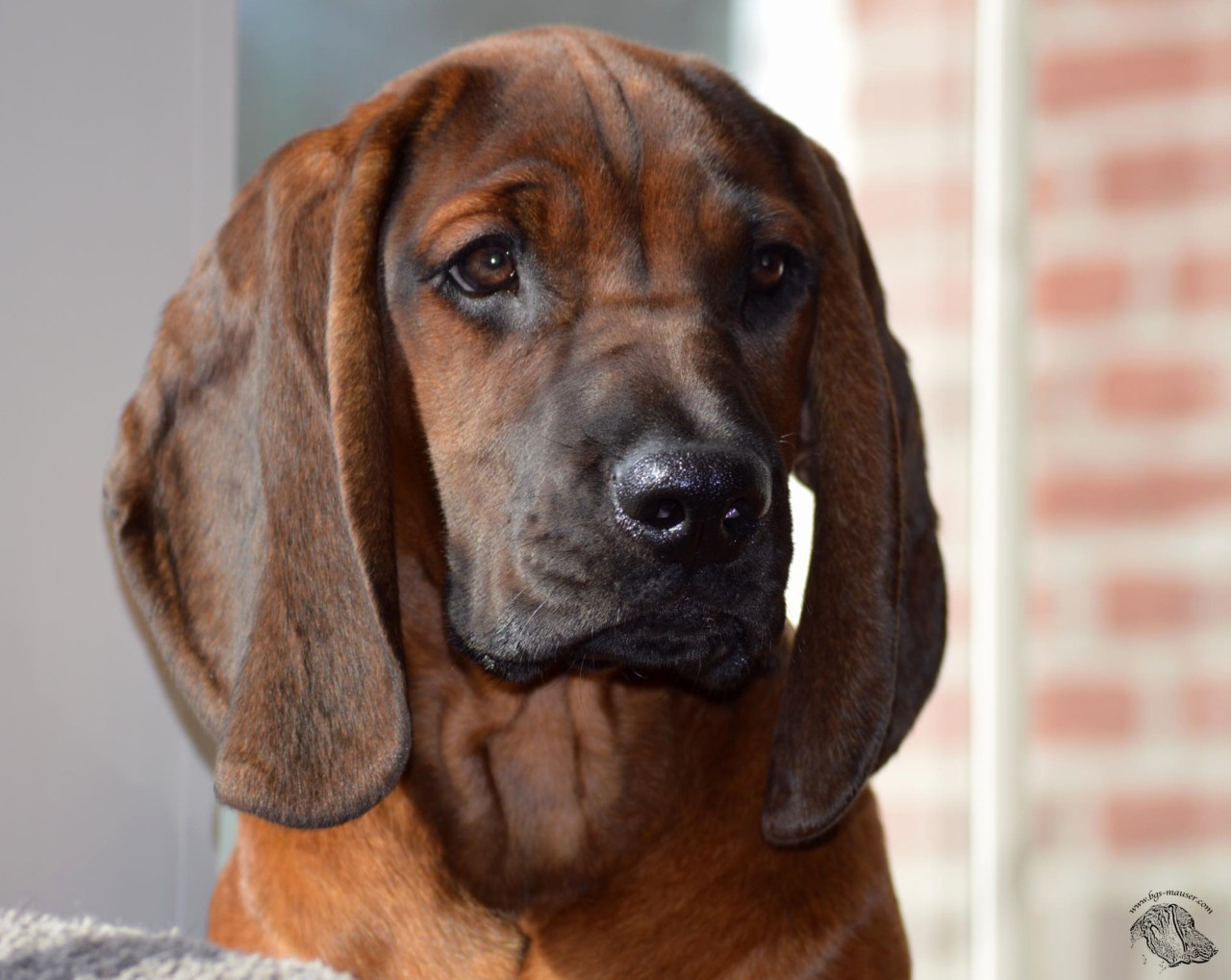 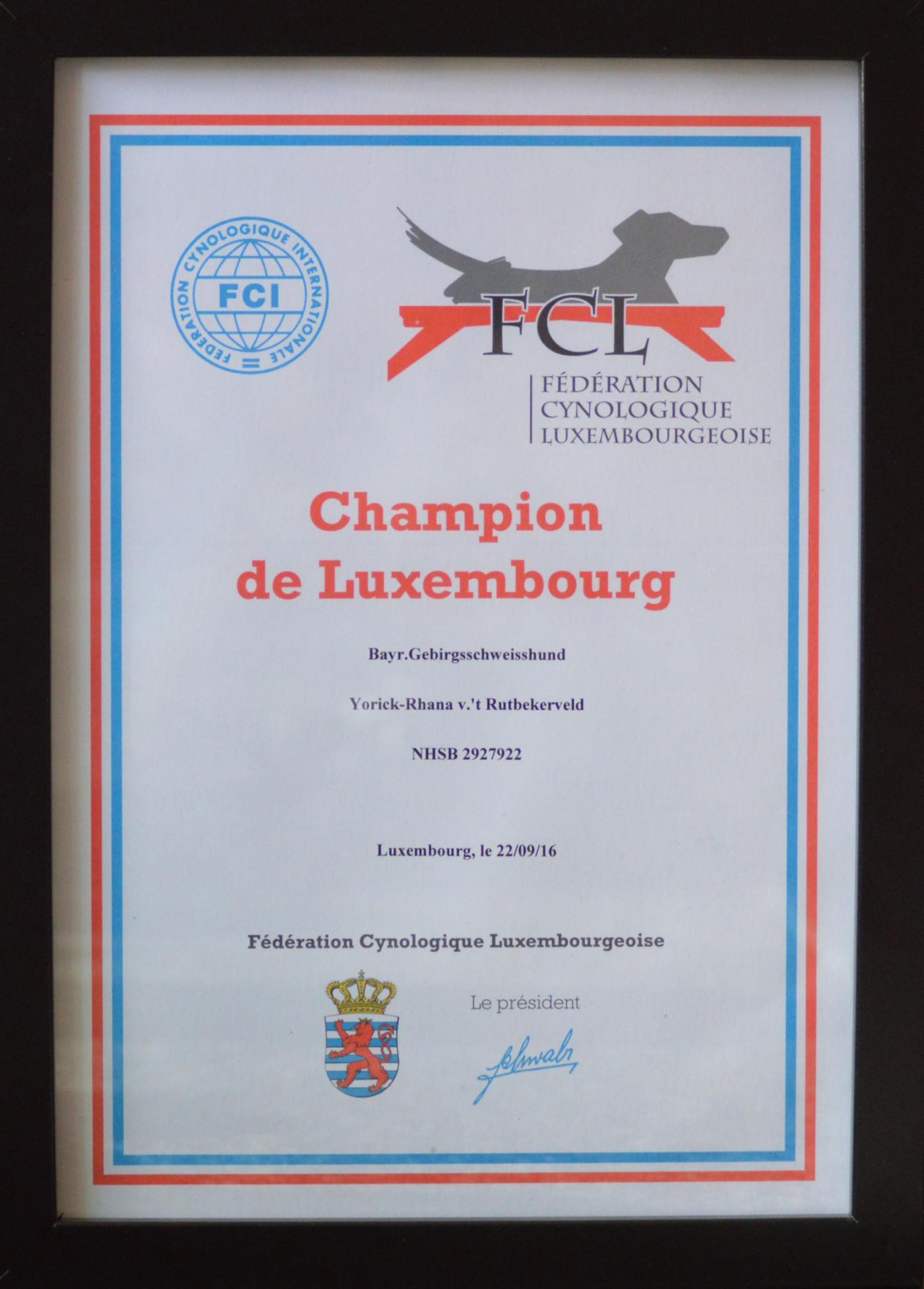 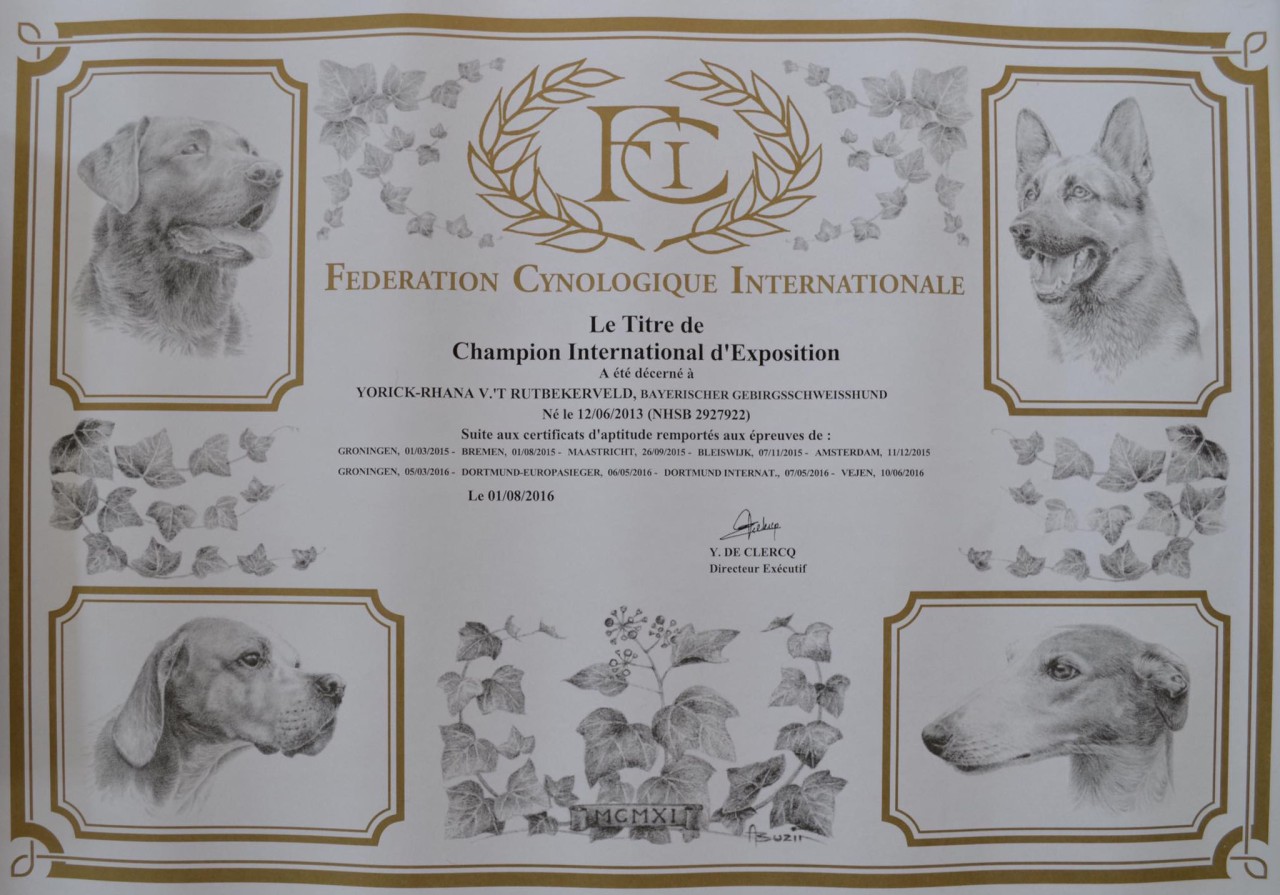 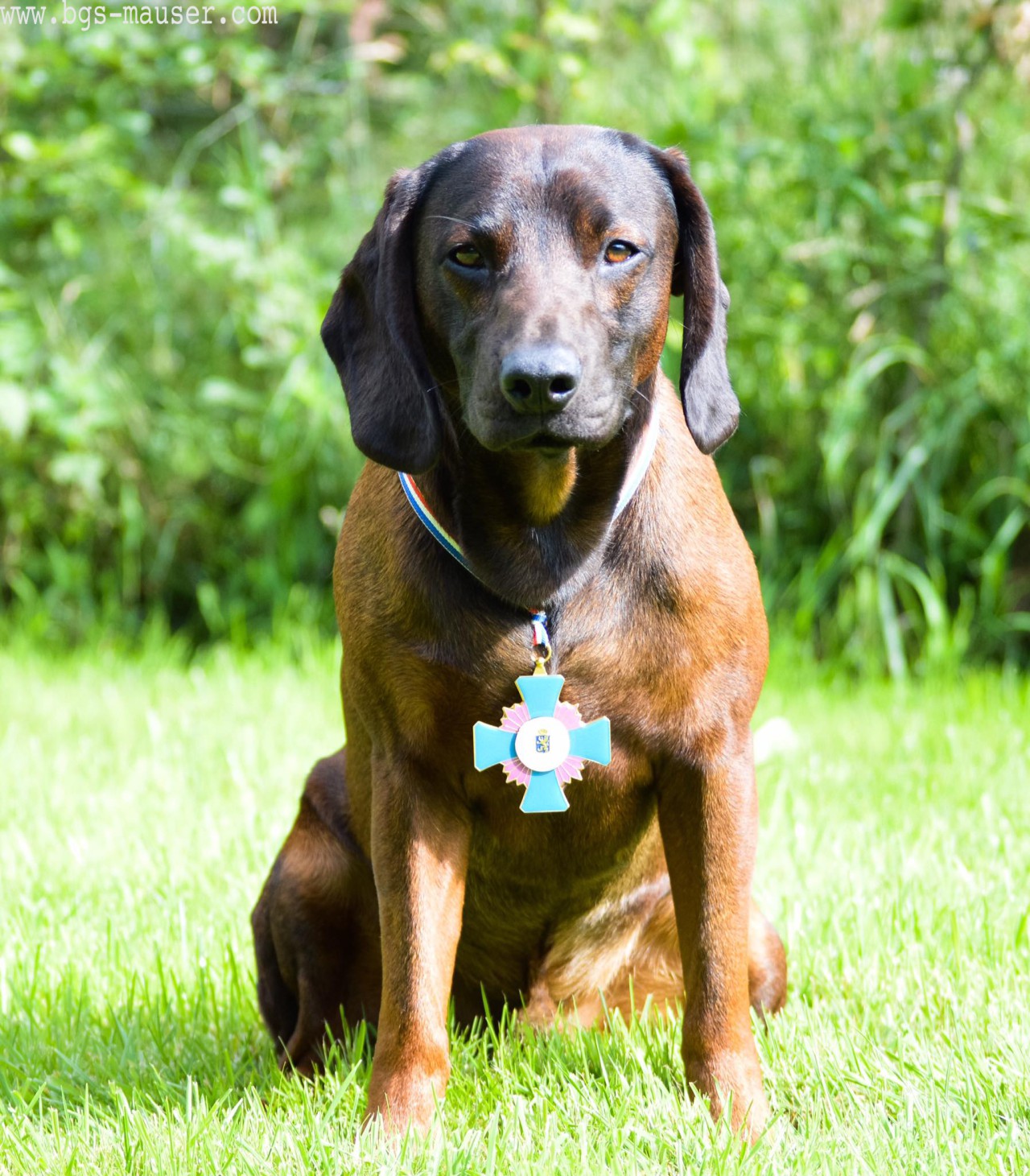 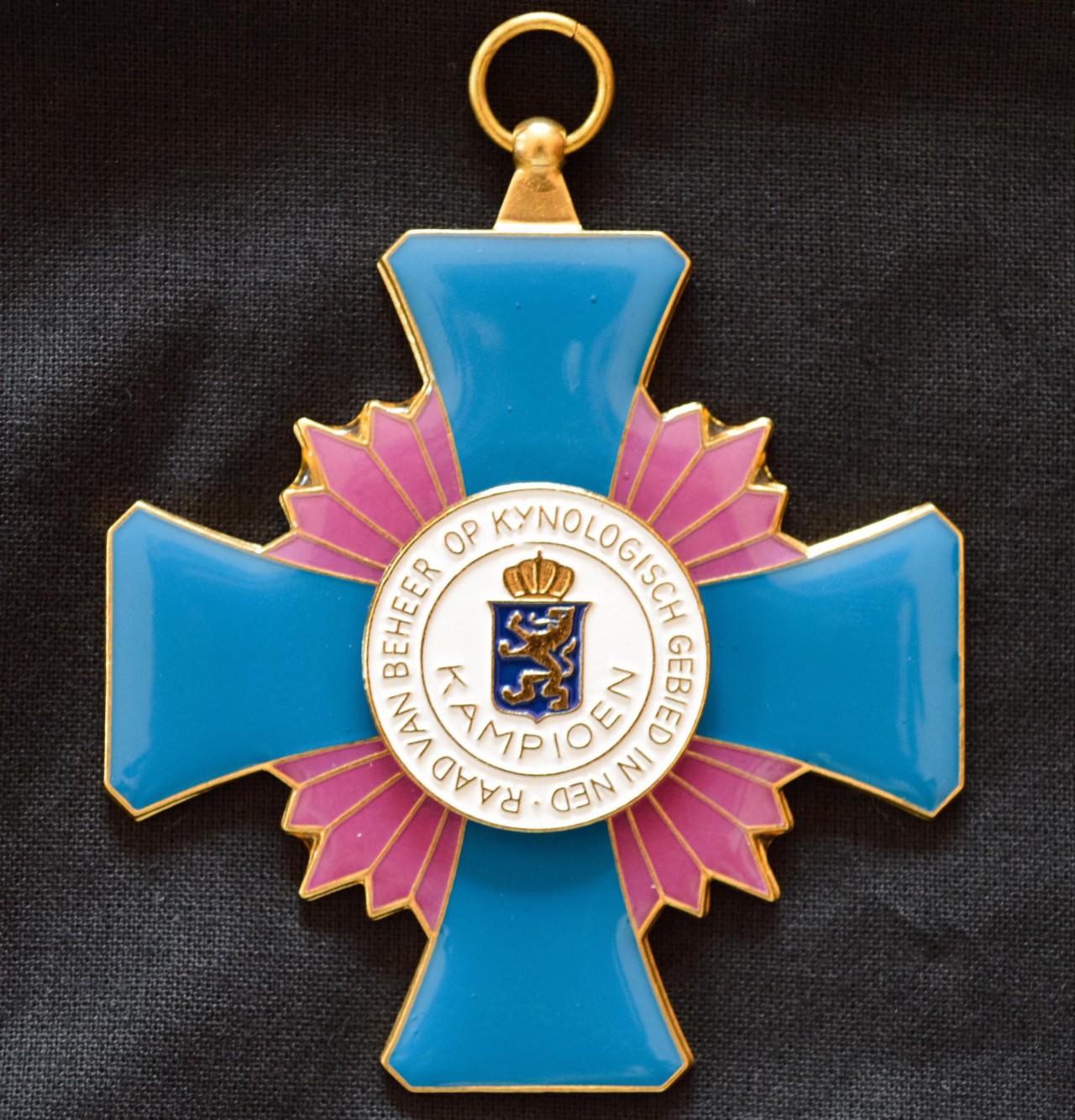 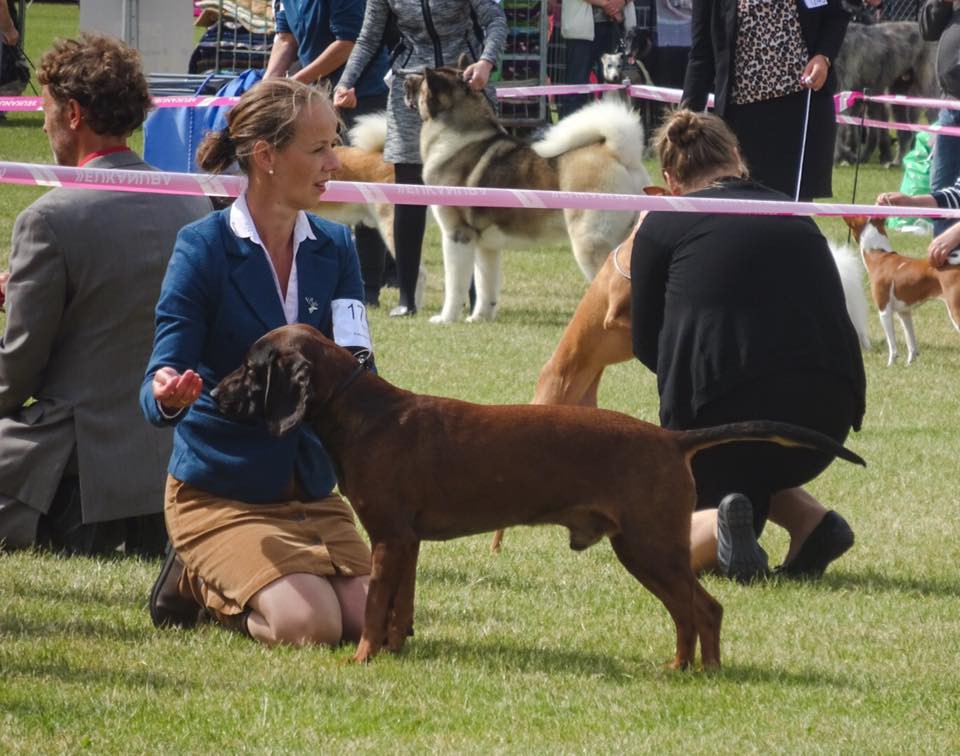 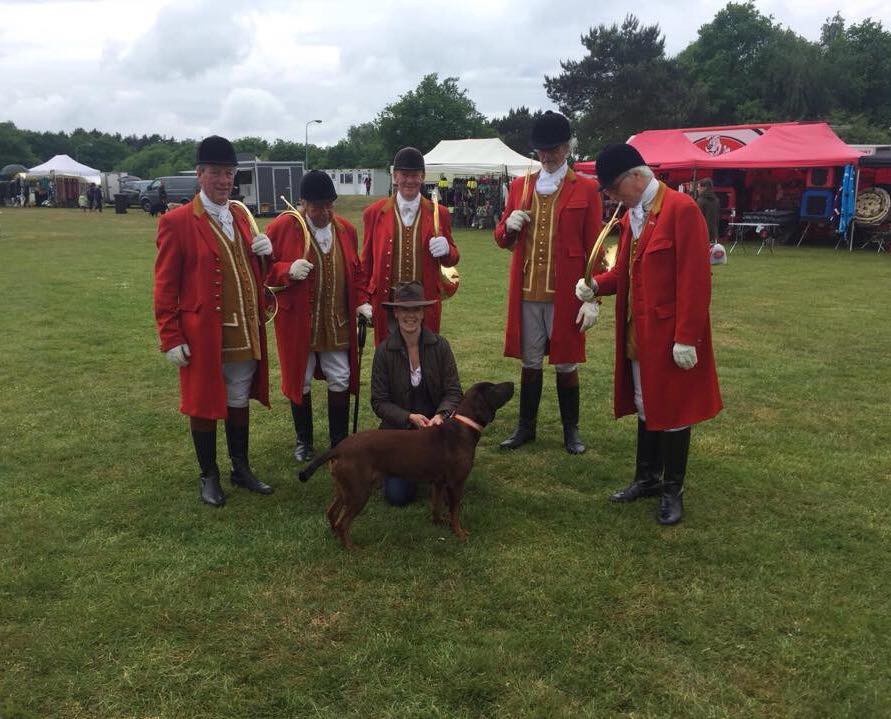 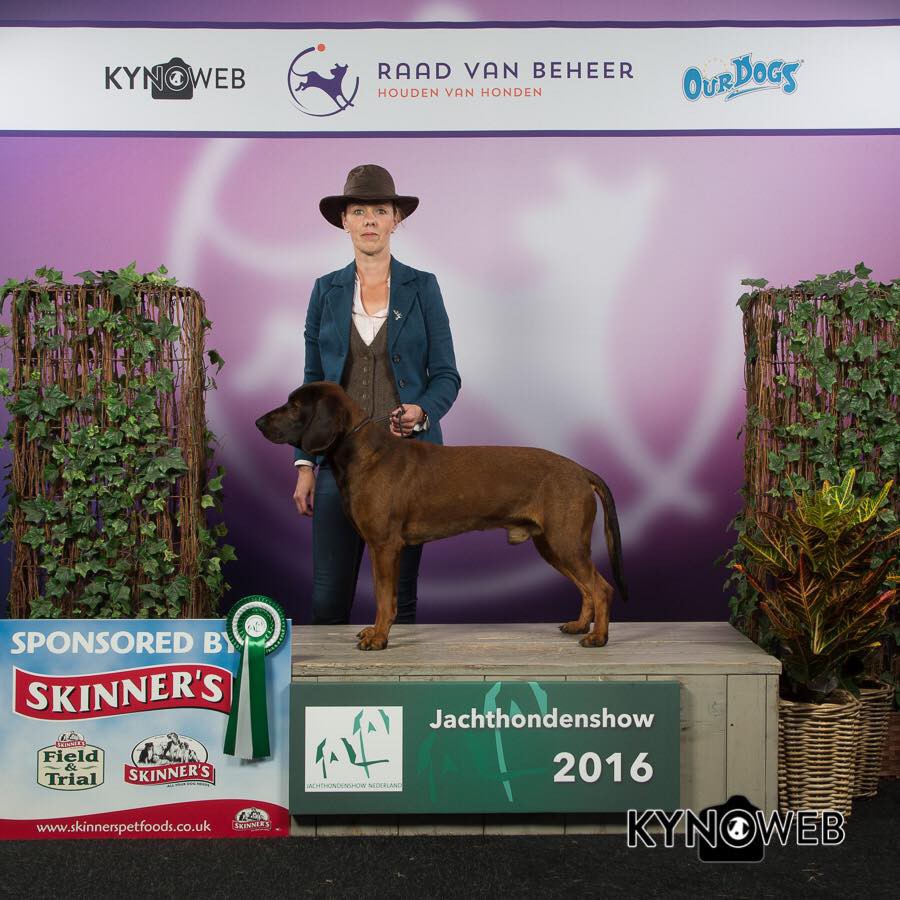 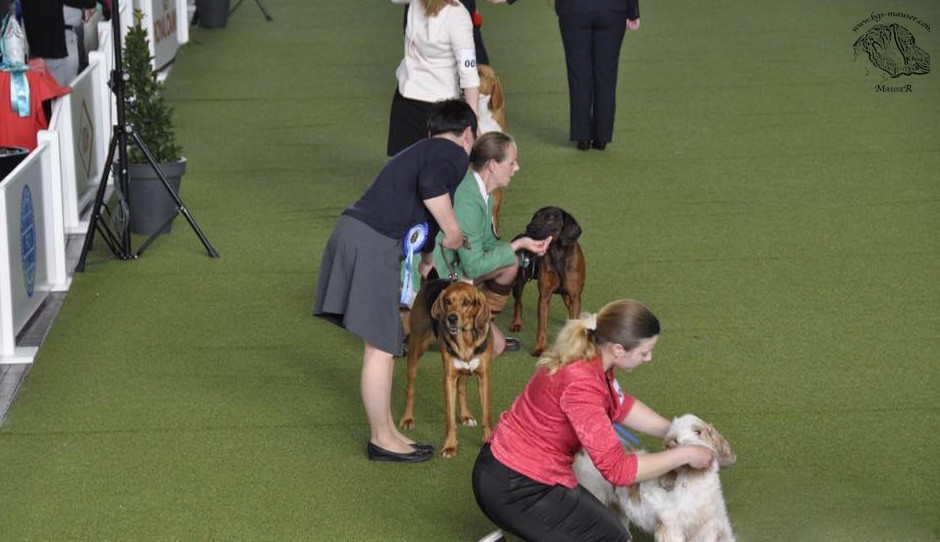 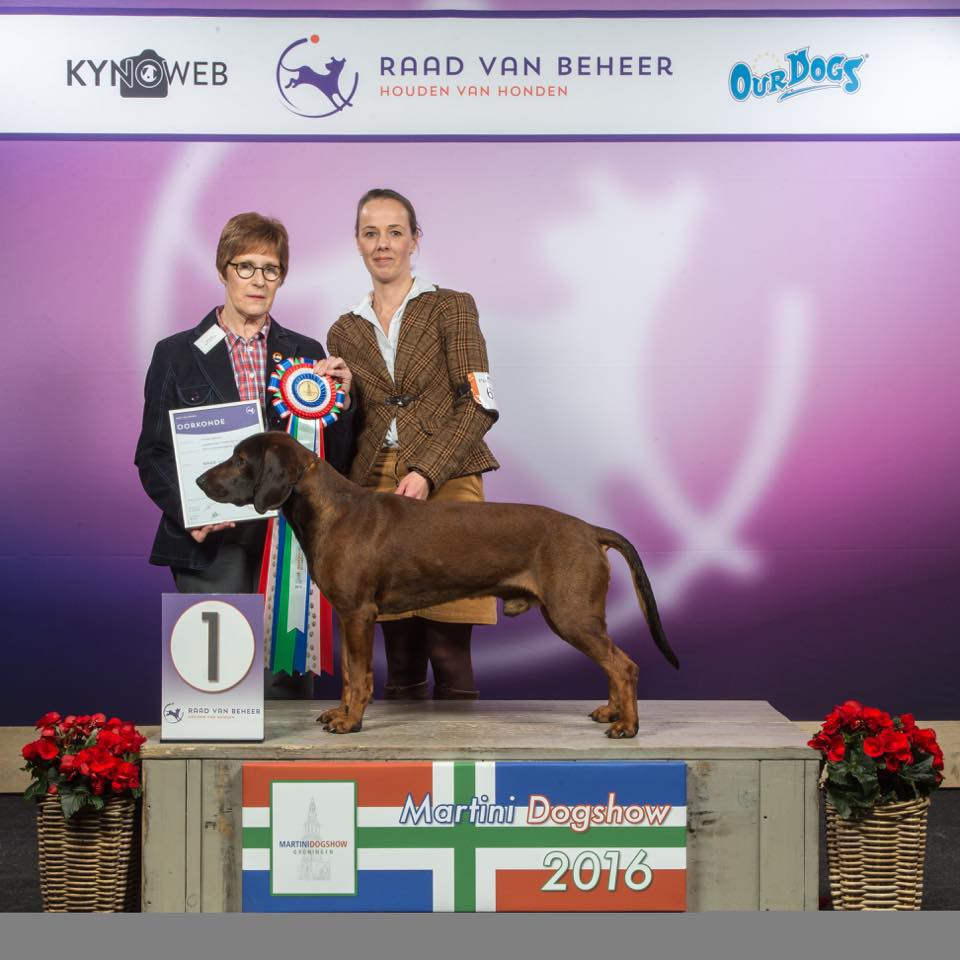 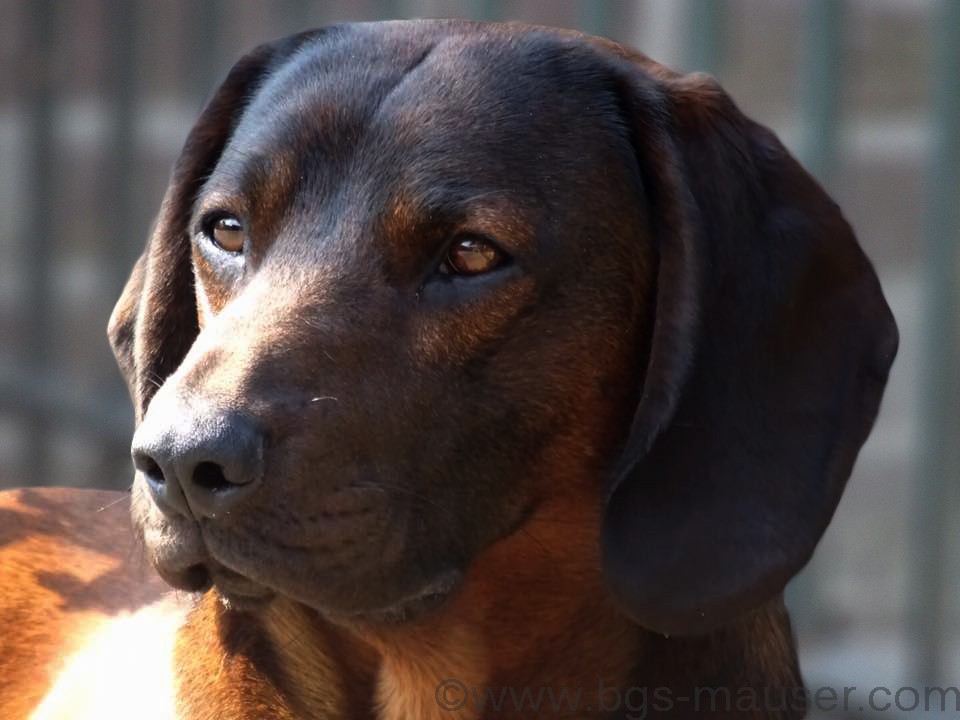 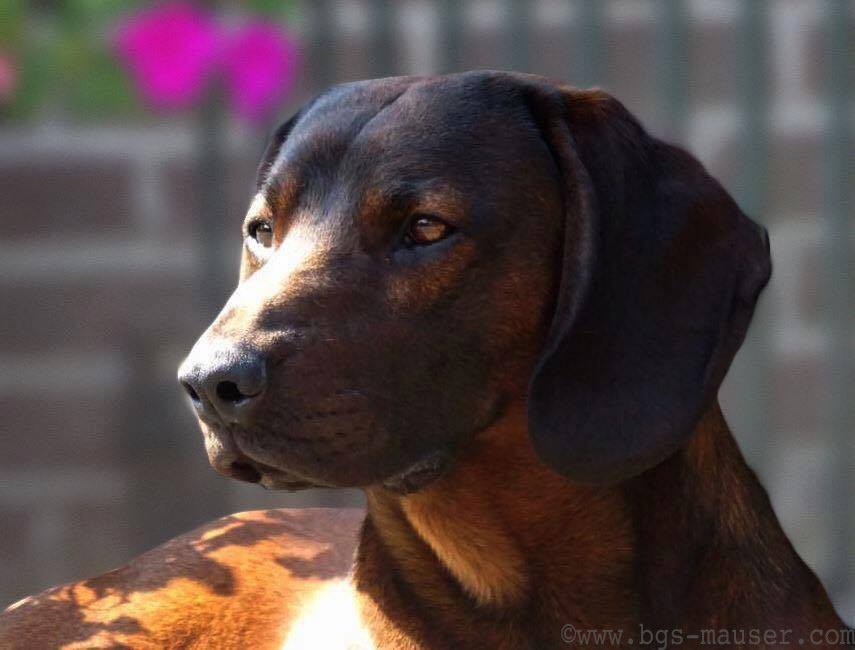 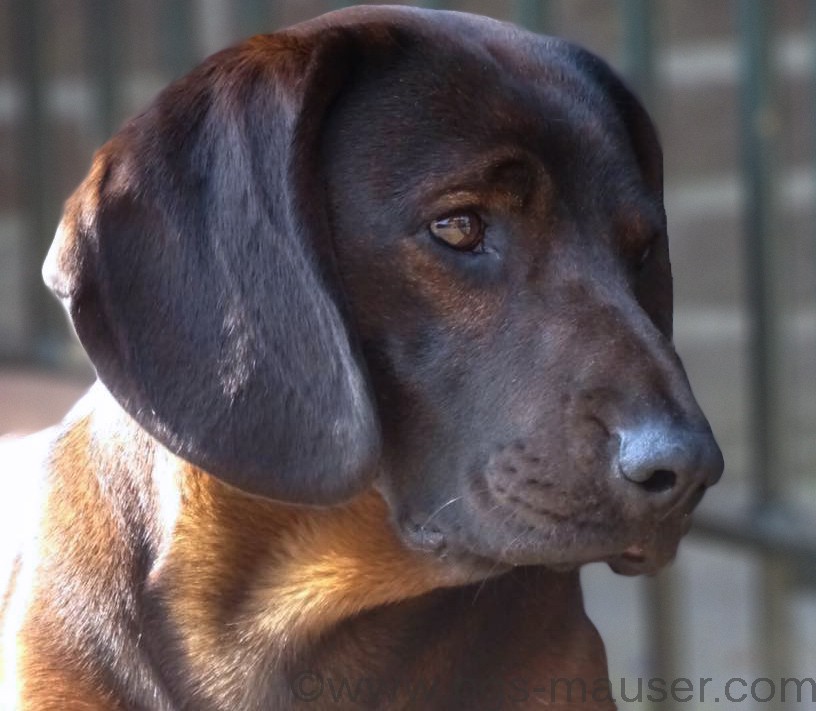